Thinking of joining a private members’ club? Here’s our pick of the best.
Alberts, London (UK)
London’s newest members club features a sleek and classic decor throughout with ‘eccentric British twists’ – such as the Balmoral staircase and vibrant Colefax and Fowler wallpaper. Providing a fresh alternative to its Mayfair rivals, the west London club aims to be “more party than Soho House and more relaxed than Annabel’s”. Albert’s will start as a whisky and martini bar in the early evening, then turn into a restaurant before being transformed into a dance venue from 11.30pm onwards. Expect live performances from internationally renowned artists and world famous DJs to get you in the party mood.

Residence, Dublin (Ireland)
Set in a gorgeous Georgian townhouse on St Stephen’s Green – aka one of Dublin’s most exciting and enchanting neighbourhoods – Residence aims to connects the energetic spirit of Dublin to the elegant traditions of one of the finest private clubs in the world. The club is spread over four floors and features beautifully furnished rooms, a charming garden and, on the ground floor, the award winning Restaurant Forty One. Run by head chef Graham Neville, the restaurant uses only the freshest organic and locally grown ingredients sourced from the club’s very own garden.
Bottom line? Whether it’s for a formal dining experience or casual cocktails, the club provides an impeccable setting in which to seal that deal.

www.residence.ie
The Clubhouse, Buenos Aires (Argentina)
Looking for somewhere to work when based in Buenos Aires? You’re in luck: co-working in Argentina’s charismatic capital is on the rise but, as remote offices go, The Clubhouse stands head and shoulders above the competition. This plush Palermo Soho destination for all things cool caters for the creative industries in a metropolis plagued by poor WiFi.
After hours, it’s a different story: model-esque staff serve top notch cocktails around the prettiest of pools, while other ‘after work’ events include art exhibits, tastings, talks by opinion leaders, theme parties, fashion shows and private dinners. The Clubhouse also features four distinctive rooms (like the guests, no two rooms are the same) should you end up burning the midnight oil.

www.clubhouseba.com
Soho House (worldwide)
Founded in London in 1995 as a private members’ club for people in the creative industries, Soho House has since opened 17 clubs across Europe and North America – with more in the works. The houses are in diverse locations, but the vibe is always the same: read a comfortable home from home for members
Whether you want to work, meet, eat, drink or relax by a rooftop pool and bar or first class spa, rest assured that Soho House will cater to your every whim – and then some.
One negative? As the most sought-after club in the world, Soho House has a humongous waiting list.

www.sohohouse.com
A60, New York (USA)
Big Apple bound? Say hello to A60 in SoHo – a swanky members-only rooftop lounge perched at the top of the Thompson Hotel that’s proved immensely popular with the fashion and entertainment crowd ever since it opened in summer 2015.
Enviably situated on 60 Thompson Street, between Spring and Broome Sts, A60 serves up sweeping views of the iconic NY skyline (expect to see the Empire State Building), top notch nibbles by Ian Chalermkittichai and killer cocktails courtesy of resident mixologist Albert Trummer. Sounds good? We’re in agreement but, to obtain a coveted black membership card, you’ll need to be invited by Sixty Thompson hotelier Jason Pomeranc and his management.

www.sixtyhotels.com/soho/eat-drink
Griffin’s Club, Geneva (Switzerland)
The second oldest club in Geneva, this strictly members only club has been described as “a place of dreams” and for good reason. Griffin’s boasts a sultry sophisticated décor (think a combination of modern red and black, with a stunning collection of live plants) a luxurious restaurant and chic nightclub – all just steps away from the Jardin Angalis. Someone has done their homework here and it shows: gold star.

www.gcprive.com
The Kee Club (Shanghai and Hong Kong)
When the neon lights and hustle and bustle of Shanghai and Hong Kong get too much – as they will – escape to Kee Club.
If you want to get the maximum out of these mammoth Asian cities, be an easy stroll away from all the sights and shops (you’ll find a cure for every strain of retail fever), have an excellent bar and restaurant on you doorstep, then The Kee Club covers these bases – and adds the kind of delightful touches (read reliable Wi-Fi and like minded characters) you hope for, but don’t always get.

www.keeclub.com
Posted by Fabrizio Cacciatore
Email ThisBlogThis!Share to TwitterShare to FacebookShare to Pinterest 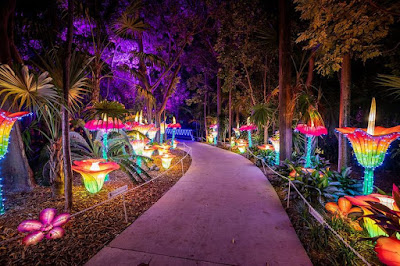